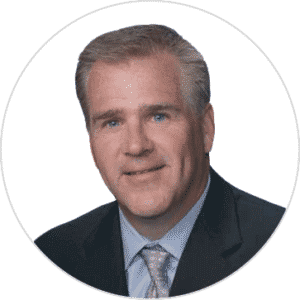 Scott joined ACP CreativIT in 2017 to lead the company’s growth and geographic expansion and oversee all aspects of ACP CreativIT’s operations.

Before joining HPE, Scott was vice president and general manager of the Americas Channels, Printing and Personal Systems organization at HP Inc. During his eight years at HP, he held a variety of leadership positions within the HP channel organization.

Matt has over 15 years of experience with organizations who desire rapid growth. From Apple™, GroupOn International, to McKinsey, he brings experience from various types of companies from around the globe. Matt attended Duke University and also received an MBA from the Kellogg School of Management. 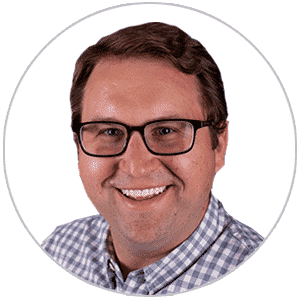 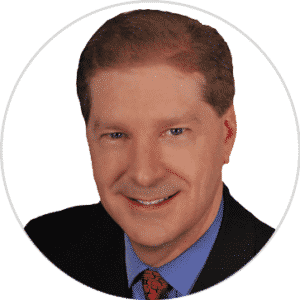 Marc is an IT professional with over 35 years of experience. He has spent the last 23 years at Camera Corner Connecting Point/ACP CreativIT.

Marc’s experience includes building, supporting and managing IT infrastructure for many corporate, government, health care and education clients. He leads the engineering team and also advises client’s on the best solutions available for their needs.

In addition to his experience at ACP CreativIT, Marc spent over 10 years managing datacenter’s across the U.S. for companies like Global Crossing and ACNielsen.

Michael is a financial professional with a tenured history in technology and manufacturing verticals, including over 10 years at Cisco and most recently at SAC Wireless, a wholly-owned Nokia company. Michael is strategically focused on profit and loss management, sales finance, profitable growth and much more. He has a passion for building strong teams, identifying opportunities to improve profitability, and partnering with sales, operations and leadership to drive profitable growth.

He holds a Bachelor’s in Business Administration, Accounting and Business Management from the University of Notre Dame. 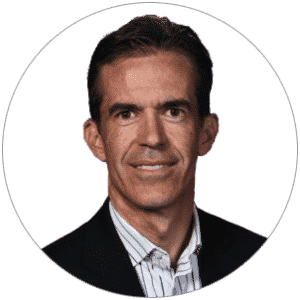 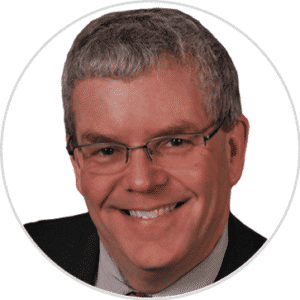 Dave has over 30 years of experience in operations and business strategy. In addition to his 12 years with Camera Corner Connecting Point/ACP CreativIT he has led strategy efforts at ShopKo Stores, Inc., was a Business Manager at Little Rapids Corporation and an Equity Investment Analyst at Stein Roe and Farnham. Dave has a Bachelors of Arts degree from Lawrence University in Appleton WI and a Masters in Management (MBA) from Northwestern’s Kellogg Graduate School of Management.

Darren has been delivering IT solutions to large enterprise clients since 1988. He owned and managed several IT firms prior to joining ACP CreativIT in 1997 and was responsible for ACP CreativIT’s growth for more than two decades.

Darren has served on multiple IT boards and been involved with numerous community activities. He holds a bachelor’s degree in marketing and computer information systems from the University of Wisconsin-Superior. 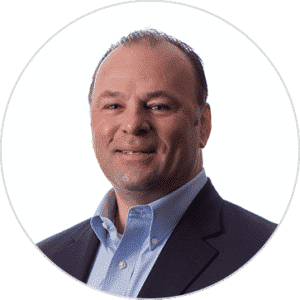 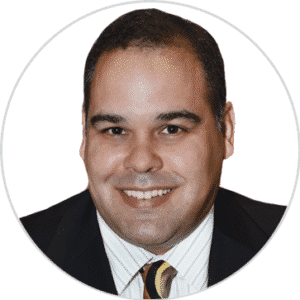 A 1994 graduate of University of Wisconsin–Madison, Joe has a Bachelor of Arts degree in communication. He worked for the UW in the early days of video teleconferencing using the switched telephone network and continues to be energized with advances in the way we communicate.

With a background in theatrical production, trade shows & live events and broadcast television, Joe strongly believes the world can look and sound much better than it does and is tasked with making the challenging world of AV effortless for customers.

Scott graduated with a degree in music education from St. Norbert College. While a teacher in Appleton, Wis., Scott became involved with Christ the Rock Community Church. In 2000 he became the Technical Director for the church and was in charge of its AV.

In 2007, Scott and his family moved back to the Green Bay area. He was hired at Camera Corner Connecting Point as an AV sales person. Since his hire, Scott has been promoted to AV Systems Design Engineer and now Senior Vice President of AV Strategy at ACP CreativIT.

Scott’s primary focus is developing strategies to grow and expand the AV practice for ACP CreativIT. Still heavily involved in design, Scott draws on the years of experience from the hundreds of projects he’s designed, installed, programmed and project managed in the last 13 years to guide the strategic vision of the AV department. 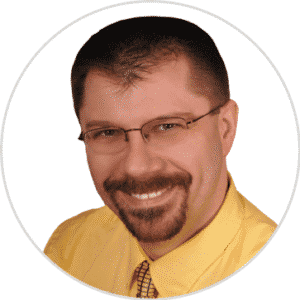 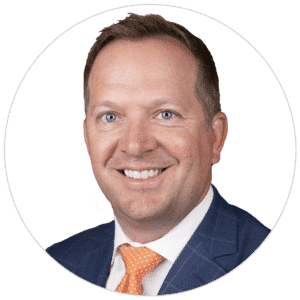 Michael Affeldt is a veteran IT solutions representative. Previous to joining the ACP CreativIT team, he spent 11 years at Hewlett Packard Inc. as a partner business manager and region channel manager, most recently managing nine representatives across 12 states with $1 billion in annualized HP revenue.

Prior to his time at HP, Michael was an account executive at Lexmark covering Walgreens, Sears and Grainger, and was account manager of the year in 2006.

Michael is a graduate of the University of Michigan (Ann Arbor) and was captain of the men’s golf team.

Jeff adds to his breadth of experience with master level certifications in compute, storage, networking and cloud, which he brings to bear on the complex technical challenges that ACP CreativIT’s customers face on a daily basis. 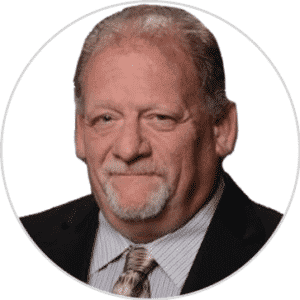 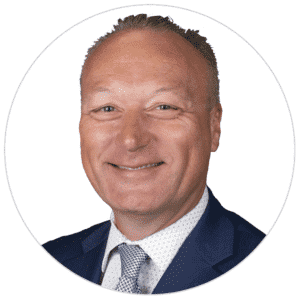 Jim Grass has a tremendous background running world-class Public Sector Organizations. Jim started his career in sales with another IT integrator and was responsible for building out their successful SLED business.

In addition, Jim spent the past six years as Vice President Public Sector for Zones, where he grew his organization over 400 percent.

Lena brings more than 25 years of experience in the channel. She is from the beautiful island of Maui and attended school at Maui Community College in 1994 while employed as an account manager at a branch of Computerland Corporation (later changed to Vanstar Corp.), HQ out of Atlanta at the time. During this time she took on additional duties with purchasing and inventory management with major distributors such as Ingram, Tech Data and Merisel.

To further her career, in 1998 she accepted a job transfer with Vanstar, to the Milwaukee, WI, office. Through company merger, she continued as an account sales rep with Inacom Corp, headquartered in Omaha, NE. Following Inacom Corp, she had sales positions at Compucom and AE Business Solutions in Milwaukee. Wanting to re-locate to Green Bay, she found opportunity in 2002 with Camera Corner Connecting Point in a purchasing position. In 2014, Lena was promoted to director of purchasing. In 2015, she was promoted to VP of Procurement, overseeing vendor relations, inventory, warehouse and logistics. Following the ACP Creative IT/Camera Corner Connecting Point merger, Lena oversees purchasing at all branches. 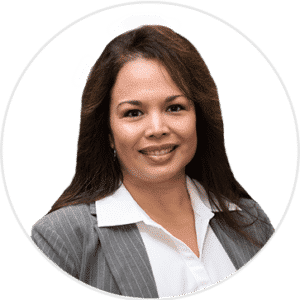 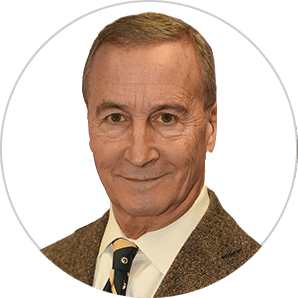 Rick started working at Camera Corner with his father at fifteen years old. As an innovation leader, he took on the Connecting Point franchise to sell computers and was at the forefront of providing technology to Green Bay area businesses, schools and government entities.

In 1984, Rick took over Camera Corner Connecting Point from his father and continued to build the business from 30 people to over 150, serving businesses across the Midwest. Throughout his time in business, Rick has remained true to his values and cares deeply about the community, his employees, vendor partners and clients.

Ryan attended the University of Wisconsin-Green Bay with a double major in Business and Urban and Regional studies. Ryan is an entrepreneur at heart and is involved in several businesses and charitable institutions. He has been with the CCCP team since his early teen years and was appointed as President in 2017. Ryan continues to be a top-performing salesman for IT, AV, Voice and Managed Services. 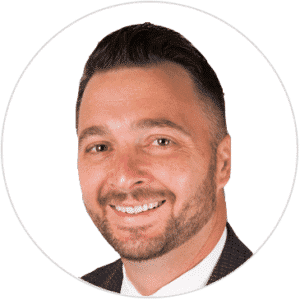